Autumn is formally right here. How do we all know? Properly, of course there’s the rain. However, as GeekWire Chief Enterprise Officer Daniel Rossi identified earlier at this time, I’m additionally now not sporting my Chaco sandals round the workplace.

That’s proper. With the rains, the open-toe shoe season is unfortunately over.

However earlier than we formally transfer on, let’s take a fast look again at September. It was an enormous month for GeekWire — the greatest in truth. Not solely did we welcome Daniel Rossi to the staff, however our site visitors swelled to report ranges and we welcomed greater than 750 of you to the big GeekWire Summit.

In fact, as a startup, we’re not sitting nonetheless. And we’ve acquired some large issues in retailer for October. (Specifically our Startup Day conference on Oct. 25th, that includes audio system like Glenn Kelman of Redfin; Dave Cotter of SquareHub, Boris Wertz of Model One Ventures, Gov. Jay Inslee and extra).

However that’s getting a bit forward of issues. This publish is about trying again. In case you missed any of the motion, right here’s a have a look at the top tales for the month of September.

Xfinity X1: How Comcast roped me back in to cable (46 Tweets, 34 feedback)

Kids, don’t believe the startup hype: Why you should join a big company first (311 Tweets, 49 feedback) 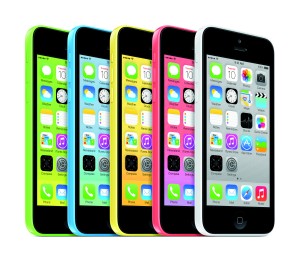 Properly, as they are saying, that’s a wrap of us. Because of everybody for tuning in to GeekWire!

Now the SEC is investigating Activision Blizzard too

Spacecraft in Sun’s Backyard Unravels the Origins of Interplanetary Dust