The very best quotes, feedback, tweets and random observations we heard this week …

“If anyone has been harboring doubts about the standing of U.S. management in area, properly, there’s a one-ton, automobile-size piece of American ingenuity, and it’s sitting on the floor of Mars proper now.”  — John P. Holdren, President Obama’s science adviser, at a news conference following the Curiosity landing on Mars.

“I’m very completely happy to listen to this information, however I feel we’ll be even happier after we all learn my new article, ‘7 Classes Your Startup Can Be taught From the Mars Curiosity Rover Mission.’ I’ll be publishing it as quickly as I can discover a good inventory picture with the numeral 7 in it.” — GeekWire’s favourite nameless commenter has some fun at our expense, commenting on the Curiosity touchdown.

“In some ways, this was all my fault. My accounts had been daisy-chained collectively. Moving into Amazon let my hackers get into my Apple ID account, which helped them get into Gmail, which gave them entry to Twitter. … “However what occurred to me exposes very important safety flaws in a number of customer support programs, most notably Apple’s and Amazon’s.” Wired’s Mat Honan explaining how he fell victim to an epic online attack.

“We have now investigated the reported exploit, and can affirm that the exploit has been closed as of Monday afternoon,” — an Amazon spokesman talking about the customer-service practice that contributed to Honan’s hacking. 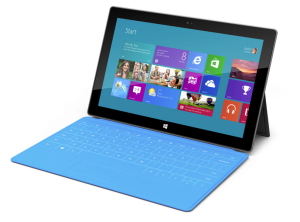 “We have now mentioned [to Microsoft] assume it over. Assume twice. It’ll create an enormous destructive influence for the ecosystem and other manufacturers could take a destructive response. It isn’t one thing you’re good at so please assume twice.” — Acer CEO JT Wang, talking about the Microsoft Floor pill in an interview with the Financial Times.

“Who precisely HAS been bringing innovation to the PC market? Dell? HP? Sony? Please.” — GeekWire reader commenting on Wang’s remarks.

“You realize, I used to be at a convention just lately the place somebody mentioned, ‘Effectively, do you be ok with what you’re doing?’ I turned to this particular person, who’s an entrepreneur at a outstanding social networking web site, and I mentioned, “OK, wonderful. You’re about folks sending little messages to every other and having enjoyable on a social community. How massive is your malaria mission?” — former Microsoft tech chief Nathan Myhrvold, in an interview with GeekWire, defending his patent enterprise and his quest to make use of know-how for “International Good.”

“[N]o quantity of philanthropy can undo the unimaginable damage his firm has unleashed on innovation via unfettered patent trolling.” — GigaOm’s Jeff John Roberts, responding to Myhrvold’s criticism of an earlier GigaOm piece that was skeptical of Myhrvold’s “International Good” effort.

“What I don’t perceive is why persons are so important of the firm with so little effort put into educating themselves about it. However that is the web the place everyone is free to pop off with none foundation for his or her views.” — GeekWire reader PJ in the Myhrvold comment thread.

Microsoft CEO Satya Nadella on Minecraft: ‘It’s the one game parents want their kids to play’

Microsoft: You will fail your college classes using an iPad

With $256 billion, Apple has more cash than Amazon, Microsoft and Google combined