MFK Tool V6.1.1 is a small windows computer tool for all iPhone and iPad Devices. the tool is not needed to JB your mobile and removes the iCloud Lock from all iDevices with iOS v16.x supported. and you do not need any mac os or computer to use this tool. 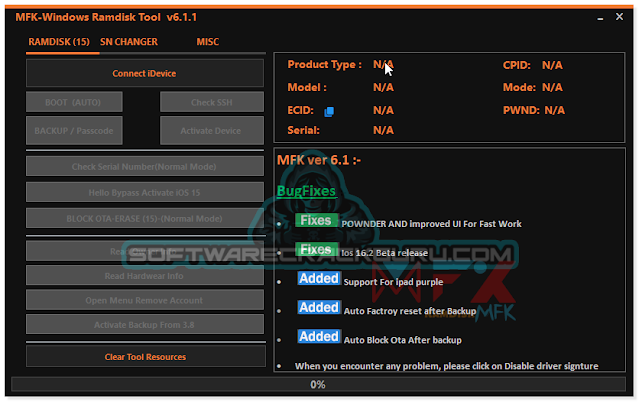 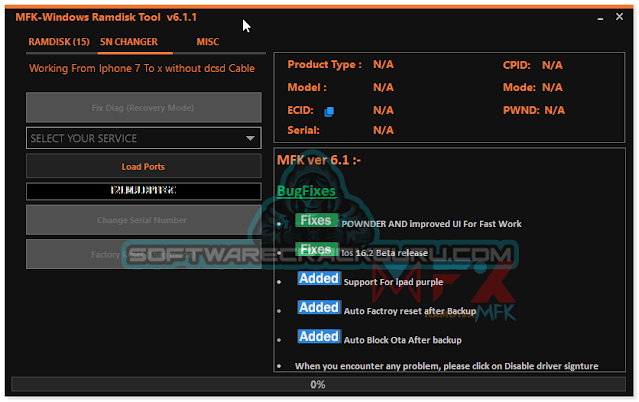 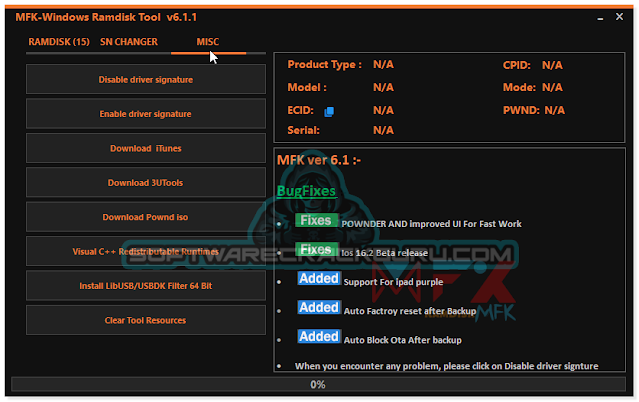 what is the ramdisk?

A RAM disk is a type of virtual drive that uses a portion of a computer’s RAM (random access memory) to store data. It functions similarly to a physical hard drive, but because the data is stored in memory rather than on a physical disk, it can be accessed much faster. However, unlike a hard drive, a RAM disk is volatile, meaning that the data stored on it is lost when the computer is powered off. RAM disks are often used to store temporary data or to accelerate the performance of certain applications that require fast access to data.

Compatibility: The tool runs perfectly on Windows XP, Windows Vista, Windows 7, Windows 8, Windows 8.1, and Windows 10 (32-bit and 64-bit).
Take a Backup: If you are willing to try the above tool, then please take a backup of your personal data from your Android Smartphone or Tablet. As flashing any Firmware or recovery may brick the device.
Credits: MFK Tool is created and distributed by the developer. So, full credits go to the developer for sharing the tool for free.
Tags
Android Apple Smartphone
Facebook Twitter LinkedIn Tumblr Pinterest Reddit VKontakte Share via Email Print

Open Menu FMIOFF with a proxy for all activated devices