Seattle’s affection for Tunnel Boring Machines probably doesn’t run all that deep. The emotional zigs and zags and costs of running one beneath downtown for several years kind of took care of that.

But four years after Bertha, the world’s largest such machine, for good and completed a nearly 2-mile journey to carve out the SR-99 tunnel, Seattle is diving back into the exciting exploits of boring engineering.

Seattle Public Utilities and the King County Wastewater Treatment Division will start this summer on a 2.7-mile long, 18-foot, 10-inch-diameter storage tunnel as part of the . The ultimate goal, by 2025, is to keep more than 75 million gallons of sewage and polluted stormwater, on average each year, from entering the Lake Washington Ship Canal, Salmon Bay and Lake Union.

And now they want help .

Before you click away to type in “Boring McBoreface” and in front of your computer, take a moment to consider the unique aspect of the job and be a little more creative. After all, there’s heavy rain involved, multiple neighborhoods, high-tech machinery. And poop!

GeekWire is particularly invested in the project because work being done along the canal and North 36th Street in the Fremont neighborhood is directly next to our HQ and has made parking nearby crappier than a giant tunnel full of … well, you get it.

For its part, from Seattle’s first female mayor, Bertha Knight Landes, and was chosen in December 2012 by a panel that included the governor and transportation secretary. Wikipedia says there were 150 submissions from kindergarten through 12th graders, who were asked to submit female names with Washington state heritage. The winning entry was submitted by two elementary schools in Poulsbo and Hoquiam.

Seattle Public Utilities has already with some name suggestions from its workers. You can probably do better than Drill Gates, although Drill Nye the Boring Guy is pretty good.

GeekWire is offering up such winners as … The Full Fremonty … Randy Runoff … Susie the Sewage Saver … and Bore. James Bore.

Tweet your suggestions with #NameThatTBM or submit ideas . And check out the graphic below illustrating the project, as Seattle digs into another engineering marvel: 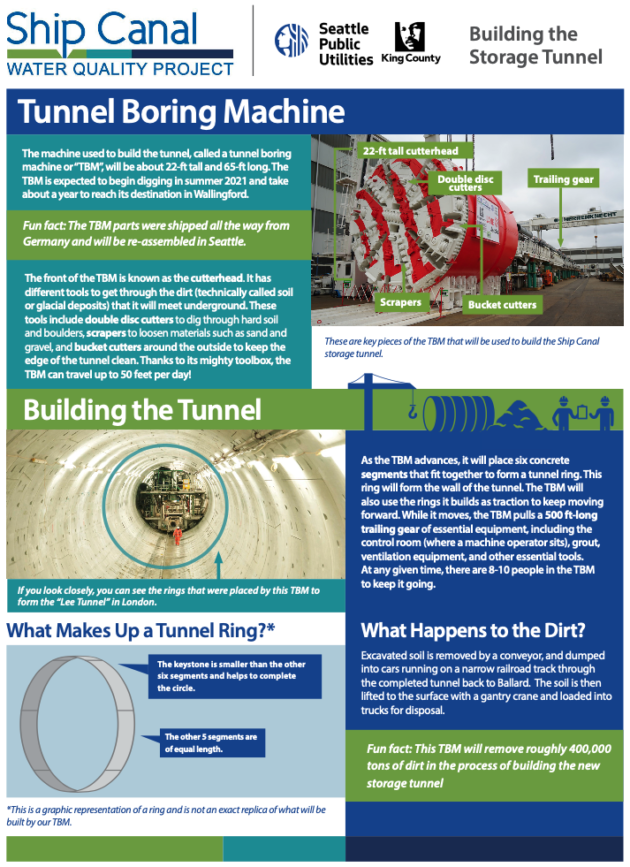