It’s been a busy week right here at GeekWire. We launched our new annual membership program and unveiled Tableau CEO Christian Chabot as the speaker for our February thirteenth Meetup.

We additionally had lots to cowl on the editorial entrance — from new apps to the Windows Azure accelerator Demo Day to a slate of startups that emerged from The University of Washington. For many who missed out on the motion, right here’s a have a look at the hottest posts throughout the previous week. As you’ll see beneath, Windows Phone was the sizzling matter. Get pleasure from!

Why this app maker targeted Windows Phone first, and what happened after that (70 Tweets, 29 feedback)

Founder of McAfee living in Portland after fleeing Belize, says money makes ‘you end up like Bill Gates’ (39 Tweets, 10 feedback) 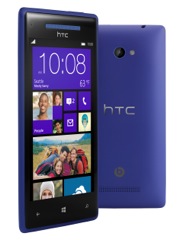 VC investments near $1B: Here’s the list of Washington startups that scored cash in 2012 (42 Tweets, 2 feedback)

How many cows are in Canada and 24 other wacky interview questions from Amazon, Google and more (121 Tweets, 10 feedback)

Meet the 10 startups from the Windows Azure accelerator

NBA returning to Seattle thanks to Steve Ballmer

Microsoft Kinect in the Rose Parade: Behind-the-scenes videos and a giant Xbox 360

Netflix for Kids, LinkedIn apps, and other new stuff to try