Who knew {that a} video of a tacky dance routine from a developer’s convention in Norway promoting Microsoft’s Windows Azure would seize a lot consideration. However that video, which we described as “raunchy” and GeekWire readers known as “inappropriate”  and “bizarre,” led the charts for the month of June. The submit set off an energetic dialogue, relating all the pieces from girls in tech to Europeans’ views of People.

Wow. We’ve definitely by no means seen something fairly prefer it earlier than on GeekWire.

After all, there was extra occurring than weird movies from Norway. June was a busy month, with Microsoft unveiling its Surface tablet at an occasion in LA and Google countering a couple of days later with the launch of the Nexus 7.

Right here’s a glance again at the prime tales for the month of June. Thanks once more to everybody for tuning in to GeekWire. 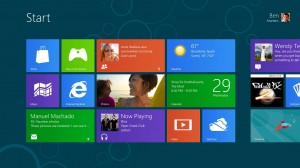 Malcolm Gladwell: In 50 years, Bill Gates will be revered and Steve Jobs will be forgotten (35 feedback, 691 Tweets)

All hail Xpad? How Microsoft could make a winning tablet (8 feedback, 43 Tweets)

The story behind that nasty Microsoft dance routine (11 feedback, 24 Tweets)

Not so smart anymore: Microsoft’s watches are done (37 feedback, 74 Tweets)

Meet the future: These 21 UW computer science grads are ready to change the world (12 feedback, 94 Tweets)

Windows Phone: Microsoft is pulling out of its tailspin

GeekWire Radio: Amazon at $400, favorite gadgets of 2013, and the new world of airplane tech etiquette