A crew of scholars from Ukraine has claimed the top prize in the software program design class of Microsoft’s Think about Cup scholar competitors with gloves that use sensors and a cell app to translate signal language into speech. 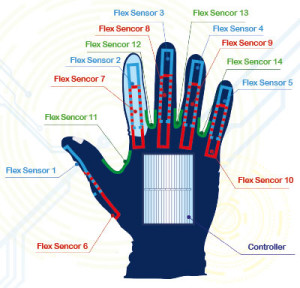 The crew’s undertaking, EnableTalk, makes use of a pair of gloves with 15 sensors and a microcontroller that acknowledge the patterns being made by the arms, then transmits information through Bluetooth to a Home windows Cellphone outfitted with Microsoft speech applied sciences that convert the language into audio. The victory comes with a $25,000 prize.

Microsoft’s annual Think about Cup competitors consists of regional occasions around the globe, including the U.S., with the winners transferring on to the finals. The finals have been held in Australia this 12 months, and will likely be hosted in Russia subsequent 12 months.

Watch a video of the EnableTalk know-how beneath, and see a full roundup of winners here.

How to break up Microsoft: Maybe it’s not such a crazy idea